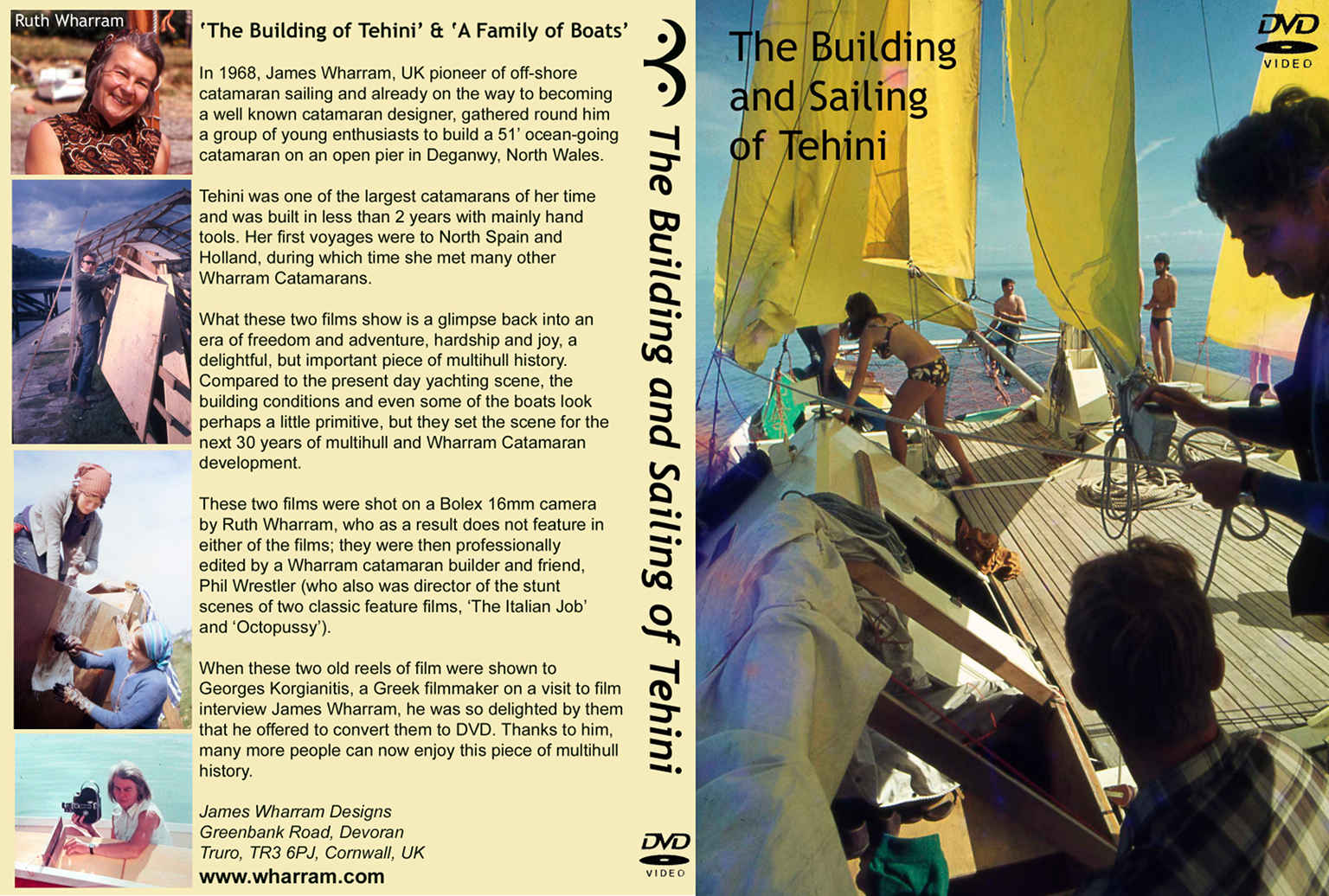 In 1968, James Wharram, UK pioneer of off—shore catamaran sailing and already on the way to becoming a well known catamaran designer, gathered round him a group of young enthusiasts to build a 51’ ocean—going catamaran on an open pier in Deganwy, North Wales.

Tehini was one of the largest catamarans of her time and was built in less than 2 years with mainly hand tools. Her first voyages were to North Spain and Holland, during which time she met many other Wharram Catamarans.

What these two films show is a glimpse back into an era of freedom and adventure, hardship and joy, a delightful, but important piece of multihull history. Compared to the present day yachting scene, the building conditions and even some of the boats look perhaps a little primitive, but they set the scene for the next 30 years of multihull and Wharram Catamaran development.

These two films were shot on a Bolex 16mm camera by Ruth Wharram, who as a result does not feature in either of the films; they were then professionally edited by a Wharram catamaran builder and friend, Phil Wrestler (who also was director of the stunt scenes of two classic feature films, ‘The Italian Job’ and ‘Octopussy’).

When these two old reels of film were shown to Georges Korgianitis, a Greek filmmaker on a visit to film interview James Wharram, he was so delighted by them that he offered to convert them to DVD. Thanks to him, many more people can now enjoy this piece of multihull history.