Build your own catamaran renowned for its seaworthiness, stability and safe simplicity. All Wharram plans are drawn for the first-time builder. A Global Family Of Sailors

The Wharram World circles the globe. Wharram catamarans have been built and are sailing in all the World's oceans. We believe the ancient Polynesians knew a thing or two about building boats to last. Wharram catamarans are proven survivors. Assemble her yourself from pre-CNC-cut plywood parts. Keep it at home, trail it and sail it anywhere.

Building your own boat with Wharram Designs is the easiest and most cost effective way to fulfil your sailing dreams. Wharram Self-build boat plans start from only £120.

Wharram designs are based on years of practical, hands-on experience of building and ocean sailing catamarans. They are renowned for their seaworthiness, stability and safe simplicity. Designs from 14’ - 63’ are available for self-building in ply/epoxy with very detailed, easy to follow Plans often described as 'a course in boatbuilding'.

Study our Self Build Boats to familiarise yourself with our range of designs and their unique qualities. Read the Wharram Design Book which reviews each design in detail and offers a detailed introduction to the world of self-build catamarans. Order Study Plans and immerse yourself into the boat builder's mindset; evaluate the costs; the amount of time required to build your boat; where you will build it and where you will eventually launch it.

Once you have decided on the boat that is right for you, order your Boat Building Plans. All Wharram building plans are drawn for the first time builder, so anyone with a modicum of practical ability can build one of our designs. Our Building Plans present quality instruction, guidance and advice for both novice and professional alike. They are all based on decades of actual building experience and thousands of ocean miles sailed.

Go on adventures and live the life of your dreams. Spend your weekends coastal trekking and camping, or live aboard and spend your days sailing around the world. Become a member of the global family of Wharram builders and sailors. Wharram catamarans have been built and are sailing in all the World's oceans and can be found in far away ports and anchorages.

The quality of the Wharram self-build catamarans is reflected in their popularity, excellence of craftmanship and sound sailing qualities. More than 50 years on - with over 10,000 sets of plans sold and thousands turned into proud vessels - Wharram 'Cats' can be seen in harbours across the world, maintaining the highest reputation for surviving wind and wave.

Index of Wharram self-build catamarans. Familiarise yourself with our range of designs and their unique qualities. To help you select a design, read our practical advice about basic requirements, building times, building methods, and costs. Several articles giving an in-depth look at our core design principles and how they are reflected as seaworthy, stable vessels sailing the oceans. A special award was presented to James Wharram for a 'Lifetime Achievement' as Pioneer catamaran builder - sailor and multihull designer. In the mid 50's, based on his research into ancient Polynesian boat design, James Wharram built the first off-shore Catamaran in Britain and sailed it out into the Atlantic. While the world's yachting community were still dismissing such a design as a worthy sea-going vessel, James was landing his 23'6" 'Double Hulled Canoe' called TANGAROA in the West Indies.

There he built a second 40' Polynesian style Catamaran, RONGO, and sailed it up to New York and back to the UK accompanied by two German women - being the first to sail a catamaran West-to-East across the North Atlantic. These amazing Trans-Atlantic crossings and the follow up book "Two Girls, Two Catamarans" have etched the name 'James Wharram' into the annals of yachting history.

Since then, James Wharram has been designing, building and sailing offshore catamarans longer than any other multihull designer. James is a "hands-on" designer having, over his lifetime, built personally many of the prototype designs. These prototypes were built in the open, in barns, workshops and all the range of building sites available to self-builders, in a variety of climate types from northern European to the Tropics. James is now often referred to as a 'Living Legend' or as written in 'Yachting Monthly' in January 2006: "James Wharram is considered by many to be the father of modern multihull cruising."

Building Kiski, a school project to build a Melanesia I am a freshman at The Kiski School, an all boys private boarding school located in Pennsylvania. In my Survival Arts class this semester, we spent nearly a month piecing together the Melanesian Outrigger Canoe. The plans for the canoe were very easy to follow. The pieces all fit very well with one another to the point where we had no issues putting them together. Each of us had an enjoyable time learning how to build a boat. 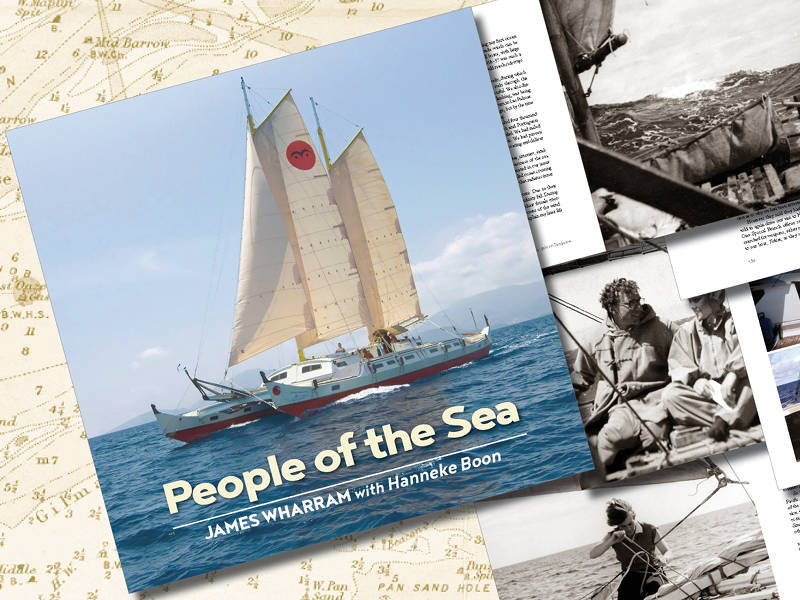 People of the Sea, the new book by James Wharram about his life was published on 17 September. After years of writing and many months of preparation James' new book is finally ready. We have worked closely with Lodestar Books, the publishers to create a colourful, poetic and informative book of the life of James Wharram. Finally the book that tells the whole story which people who have read Two Girls Two Catamarans have been asking for. 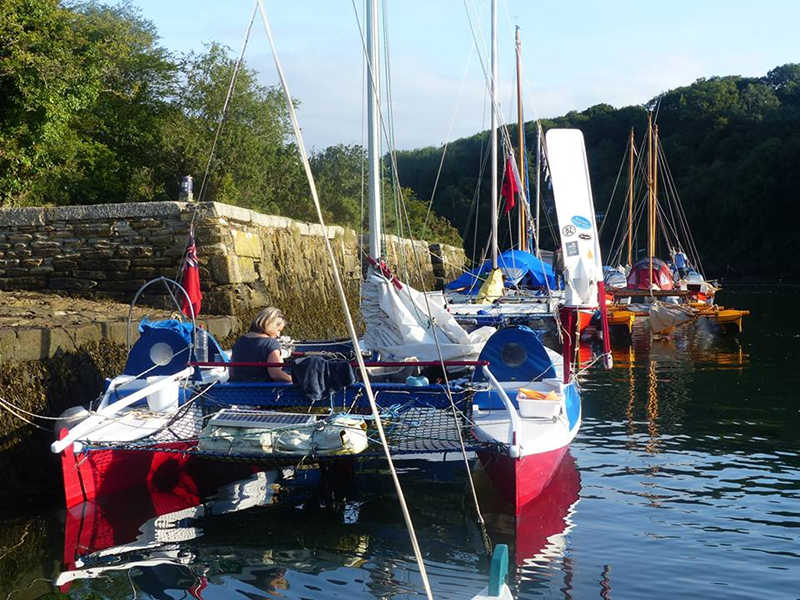 I am very sorry to announce that in spite of easing of the lockdown we do not think it is responsible to have a big gathering of people coming from far and wide to our village in Cornwall. With James 92 years old we cannot expose him to any risks. A Hui without a big BBQ and lots of conversation just would not be a real Hui. Lets hope next year is a better year. See you all then.
- Hanneke 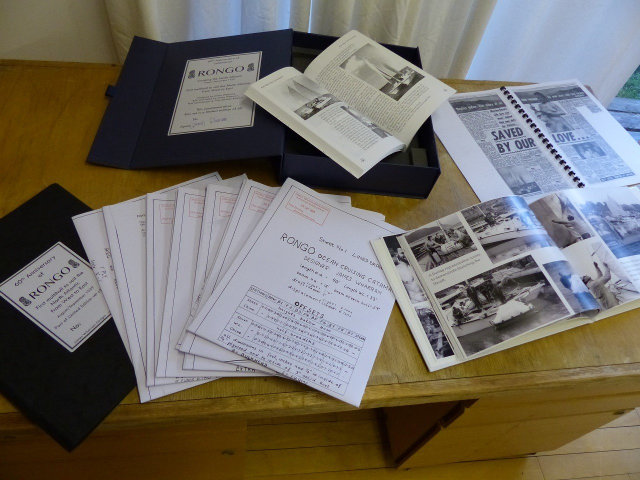 To celebrate the first epic Atlantic crossing of Rongo we are reprinting the original Building Plans of this design, beautifully drawn by Jutta in 1960. These come in a presentation box-set including a photo book of the history of Rongo, and the story of her further Atlantic voyages in 1960-61, plus a signed copy of James’ book about his pioneering voyages 'Two Girls Two Catamarans'. These Building Plans can be used to build a model or a full size replica of this famous design.